If you’re new to iOS 15, you might be wondering how to screenshare iOS 15. Luckily, it’s a relatively simple process. In this article, we’ll walk you through the steps of screensharing on iOS 15. The new iOS includes a new feature called Screen Sharing, which allows you to share your iPhone or iPad screen with another iOS device. Here’s how to use it.

What Is Screen Sharing In FaceTime, And How Does It Work?

You may be acquainted with screen sharing if you’ve used video-conferencing applications like Zoom and Google Meet. It enables you to share your screen with others and have them monitor your behavior in real-time.

Furthermore, sharing your screen saves you time and eliminates the need to email files, papers, or movies, making it a valuable tool in a world where virtual meetings are the norm.

While blurring your backdrop in FaceTime chats is entertaining, FaceTime also allows users to listen to music (through Apple Music), watch movies, and share their screens to see applications.

In iOS 15, Apple released the SharePlay API, which allows developers to include this capability into their streaming applications. And it’s because of this that SharePlay is a game-changer for FaceTime. 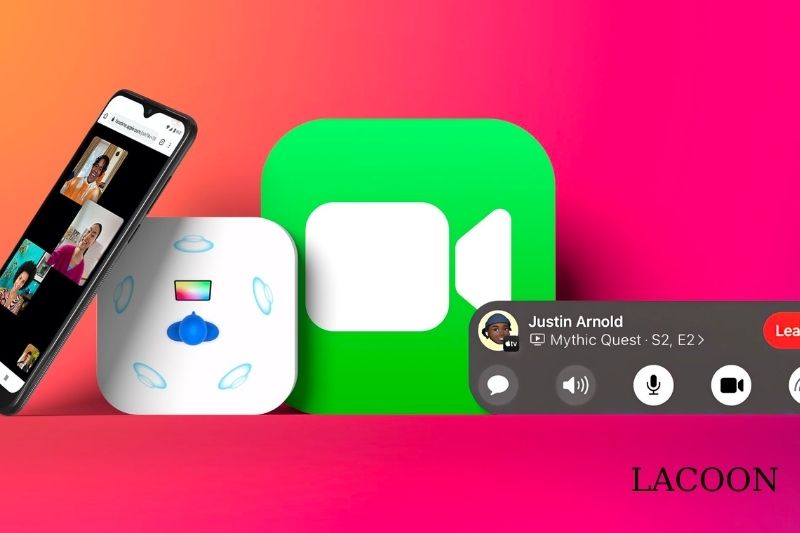 What Does Delivered Quietly Mean iOS 15? How To Turn It On Easily 2022

What Is Share Focus Status iOS 15? Everything You Need To Know 2022

Can You Share Your Screen With Android And Windows Users?

Users of Android and Windows can receive FaceTime connections and attend meetings via the browser, but they can’t do much else. On Android and Windows, the Facetime video call software offers limited capabilities in a typical Apple manner.

Furthermore, SharePlay is only meant to work inside the Apple environment. That means you can only use SharePlay to its total capacity if you have an iPhone, iPad, or Mac.

Things might change by the time iOS 15 is published to the general public later this autumn, since it is still a work in progress. If Apple makes any significant modifications to the functionality, we will update this article. Until then, utilize this approach to share your iOS 15 screen with other FaceTime users.

Apps that are supported

How To Screenshare On iOS 15?

1. Open FaceTime app on your iPhone or iPad.

2. To create a FaceTime meeting connection, hit Create Link. Then press the I button and choose “Share Link” from the drop-down menu. Then, using SMS, email, iMessage, or WhatsApp, send the meeting link to your pals. Start a FaceTime call after that.

You may also touch “New FaceTime,” input the names of the people you wish to share your screen and then press “FaceTime” to begin a video chat.

4. Tap “Share My Screen” from the drop-down menu. Screen sharing will begin after a brief countdown (3, 2, 1).

5. Next, open the app you’d want to screen share with your friends or family using FaceTime app. That is all there is to it. 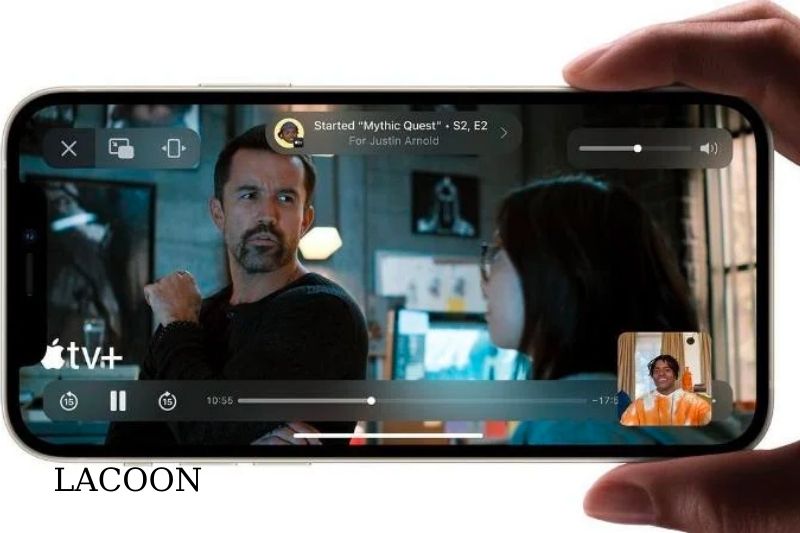 Because there are additional options available to anybody in SharePlay, sharing a movie via the Apple TV app differs from sharing your complete screen.

Users on the FaceTime or Group FaceTime conversation will need to subscribe to the same service it’s being played from, whether Apple TV+ or a third-party premium channel like AMC+ or HBO Max unless free content like teasers, clips, etc. are being shared.

Users who do not subscribe to the correct channel will not be able to view SharePlay.

During a FaceTime or Group FaceTime chat, go to the Apple TV app. The first time you do so, it will warn you that due to subscriptions, the TV may be able to detect who uses SharePlay together in the app — tap “SharePlay” to continue.

After that, whenever you access TV from FaceTime, you’ll notice a warning stating that content will automatically SharePlay during playing.

If you attempt to play anything on Apple TV while sharing your device’s screen (Option 1 above), it will prompt you to “Replace Existing.” To switch to Apple TV, tap that. If someone else wants to create a new SharePlay, they’ll be able to “Replace Existing” for everyone.

Everyone who can view the video may utilize the playback controls after it starts playing. Anyone with access to the system may stop, play, skip backward, forwards, modify the playback speed, and reposition the playhead.

When one of those is changed, an alert will appear for everyone, explaining what occurred and who did it.

Close the video or press the SharePlay icon on the FaceTime controls and choose “End SharePlay” to stop sharing it on Apple TV. After that, you may choose between “End for Everyone” and “End Only for Me.”

Even though you launch Factime video, other FaceTime users may still view and manage it if you pick the latter option. To rejoin, open the FaceTime controls and choose “Open” next to Join SharePlay from the drop-down menu.

Sharing songs, music videos, and other material through the Apple Music app is the same as sharing video from Apple TV; the only difference is that to use SharePlay, you must have an Apple Music membership.

Users who do not have an Apple Music subscription will see the music playing in the FaceTime controls but will not be able to hear it.

During a FaceTime or Group FaceTime chat, open the Apple Music app, and you’ll get a notice suggesting that material will SharePlay automatically during playback.

Users who have signed up for SharePlay may also upload music to a shared playlist.

To stop sharing music in Apple Music, pick “End SharePlay” from the FaceTime controls, then “End for Everyone” or “End Only for Me” from the drop-down menu. Even if you began the music, other FaceTime users might still listen to it if you pick the latter.

To rejoin, open the FaceTime controls and choose “Open” next to Join SharePlay from the drop-down menu.

Other Apps That Are Supported

Apple Podcasts’ SharePlay feature isn’t yet available, but it should operate similarly to Apple Music and Apple TV. If the app is audio/video-oriented, most other SharePlay-integrated applications will operate similarly.

Why Isn’t Screen Share Working In Facetime After iOS 15 Update?

Even though the FaceTime SharePlay functionality was accessible in the iOS 15 beta release at writing, it is not present in the stable build. As a result, many of you can now not use the function.

Asterisks have been added to the SharePlay functionality for FaceTime in Apple’s iOS 15 feature list, indicating that it will be available in a future software update.

On Twitter, Apple responded to a user’s fear that the FaceTime screen sharing feature in iOS 15 would not function, saying it would not be “available until later this autumn.”

So, if you want to share your screen with friends, family, or coworkers using FaceTime with iOS 15, you’ll probably have to wait a few months. Follow the instructions above to learn how to screen share in FaceTime once the capability is enabled in iOS 15. 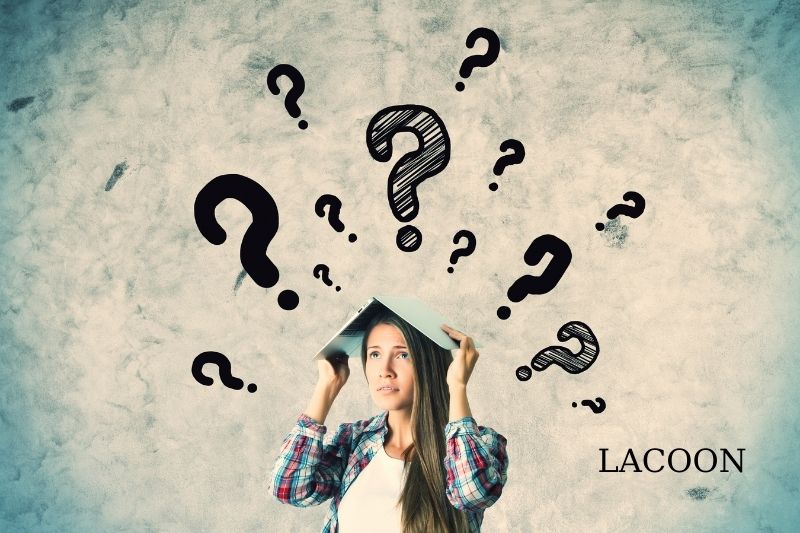 A power mirror is screen-mirroring software that works on various devices and platforms. It allows you to project the screen of your iPhone or iPad to your PC/Mac, Smart TV (TV box), or tablet in excellent resolution. It also has tools to record the screen, capture screenshots, make notes, and more.

Is It Possible To Use Facetime To Screen Share Netflix?

Open a video streaming app that supports SharePlay by swiping up from the bottom edge of the FaceTime call. Select a film or television program and hit the play button. Tap SharePlay if asked.

How To Listen To Music On Facetime iOS 15?

Apple’s programmers have cleverly hidden the SharePlay functionality. Here’s a step-by-step instruction to utilizing the new Facetime functionality to listen to music.

This is how FaceTime can be used to share your iPadOS or iOS device screen. Although we would love to see a FaceTime web app that allows everyone to use FaceTime, Apple’s a great move to make FaceTime a more feature-rich video conferencing tool. Lacoon hope you found this helpful article, and let us know if you have any questions! 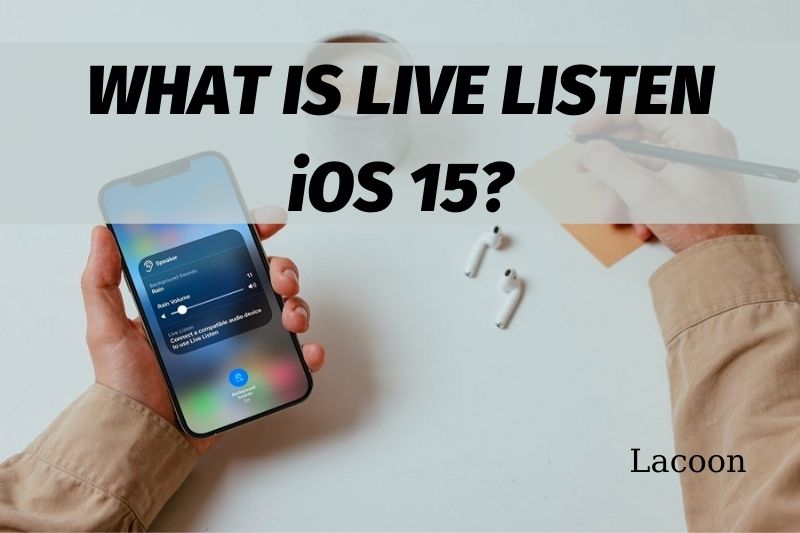